After teaching biology in high school for 10 years, Pierre Taberlet obtained his PhD in ecology in 1992 at the Université Grenoble Alpes. He is currently senior CNRS scientist in Laboratoire d'Ecologie Alpine at the Université Grenoble Alpes. He has been heavily involved in developing innovative molecular tools for tackling ecological questions. He was the recipient of the Molecular Ecology Prize in 2007 and is a member of the Norwegian Academy of Sciences and Letters (2005) and of Academia Europaea (2014). Aurélie Bonin obtained her PhD in genomics of local adaption in 2006. After various postdoctoral positions in population genomics and ecology, she is now a DNA metabarcoding project leader for the French AnaEE (Analysis and Experimentation on Ecosystems). Lucie Zinger obtained her PhD in microbial ecology in 2009. She is currently assistant professor at the Institut de Biologie de l'École Normale Supérieure in Paris. She is interested in the fields of biogeography, macroecology, community ecology, and microbial ecology, as well as eDNA-based techniques to uncover the diversity of elusive organisms. Her current work focuses on the distribution and assembly mechanisms of microorganisms in soils, oceans, plant leaves, and insects. Geneticist and bioinformatician, Eric Coissac obtained his PhD in genetics and genomics in 1996 at the Université Pierre et Marie Curie in Paris. He is currently associate professor at Université Grenoble Alpes in Laboratoire d'Écologie Alpine. 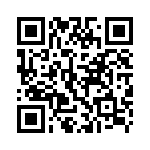